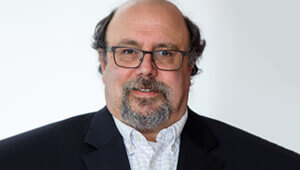 欧洲杯竞猜Gregory LaRosa, Ph.D., is Senior Vice President and Head of Scientific Research in Pfizer’s Rare Disease Research Unit (RDRU). Prior to this role, Greg was the Chief Scientific Officer, and prior to that was VP, Head of Biology for the RDRU. Greg is responsible for RDRU portfolio strategies including external plans and monitoring the pre-clinical and clinical project progression. Greg received a Ph.D. from Harvard University (Division of Medical Sciences) in Molecular, Cellular, and Developmental Biology, and has 30 years of experience in rare disease and inflammation drug discovery and development.

Prior to joining Pfizer in July 2012, Greg worked in several start-up and midsize biotechnology companies, most recently serving as President and CSO at BIKAM Pharmaceuticals, Inc., Cambridge, MA. At BIKAM, Greg led the internal team charged with the discovery and validation of novel small molecule pharmacologic chaperones for the rod cell visual pigment, with the goal to correct the misfolding and trafficking of mutant rhodopsin that causes Retinitis Pigmentosa.

From 2003 until 2008, Greg served as Vice President of Discovery Research at Critical Therapeutics, Inc., Lexington, MA, leading a group of biologists and chemists focusing largely on the pre-clinical validation of the concept that alpha-7 nAChR modulators could have broad use as anti-inflammatory therapeutics. He worked to discover and begin the development of novel anti-inflammatory, peripherally acting, compounds that target alpha-7, and demonstrated efficacy in animal models of inflammatory and allergic disease.

Before Critical Therapeutics, Greg served as Senior Director of Immunopharmacology at Millennium Pharmaceuticals, Inc., from 1999 to 2003, where his work was focused on several inflammation drug discovery projects targeting chemokine receptors, adhesion proteins, and kinases. From September 1994 to December 1999 he served in several senior research positions at LeukoSite, Inc., a biotechnology company focused on chemokines, adhesion proteins and inflammation drug discovery. From 1988 to September 1994, Greg held several research posts at Repligen, Corp., a biotechnology company in the Boston area.

Other people in Rare Disease